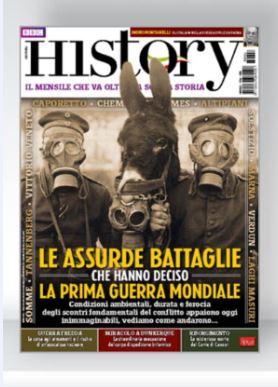 We are really proud to share with the students, their families and all the other teachers this piece of news; our Human Science Teacher Daniela Rosa Adele Ferro has been chosen by the famous BBC editorial staff as the writer for the history magazine “BBC History Italia”. Scuola Tecnica Milano

The techer, together with the historian journalist Andrea Accorsi, edited the article  “La follia al potere” (Madness in Power) for the August issue, it is about the disputed unclear Caligola's Princedom, known as Gaio Germanico.

Our teachers tells us: “Caligola, the second emperor of giulio-claudio's dynasty reigned from 37 to 41 d.C. A few years that were enough to impress the name of this prince in the collective imagination for the amazing deeds he made.

He was suspected of contributing to Tiberio's death. He appointerd his horse as a Senator. He ran a military expedition in Germany then he sent his soldiers seeking for shells in the river Rhine. He had an unhealthy affair with his sister. He turned the Court into a theatre for bacchanals. He used to weave and unweave his personal power web surrounded by glittering lights and dark shades. Maybe even by acting his role of a foolish emperor in the name of a reason of state based on the fear.

We'd like to say thanks to the teacher Ferro for the contribution she provided and we'll invite you to read her article on the magazine, available at the newsagent's. Tecnico Economico Tecnico Informatica